On July 19, 2012, the ASSOCIATION – International Non-governmental organization – International Agency of Public Security (AIAPS) was established and registered in Geneva (Switzerland).

The Association operates in accordance with the universal Declaration of human rights, generally recognized principles and norms of international law, the legislation of the Swiss Confederation and the provisions of its Charter.
The Association has an international character. Its activities extend to the territories of the countries where the Association's members are citizens and where its representative offices will be located.

In accordance with the 1986 European Convention on the legal personality of non-governmental organizations and article 60 Of the Swiss civil Code, the Association is a legal entity with Bank accounts and its own seal (with its name in English and French). The Association uses its own symbols, uniforms, and flag.

The Association is independent of any political parties, movements and any state institutions. At the same time, the Association does not engage in activities that:
- may interfere with the orderly work of law enforcement agencies in the countries where representatives are members of the Association or where Its representative offices operate;
- have a political or racial connotation;
- support activities that contradict the Charter of the Organization, adopted in accordance with Swiss law and the above-mentioned international acts, documented or by any other means;
- In accordance with article 5 of the Association's Charter, the international police Corporation is one of its founding members (as a Department).

The Association is a non-governmental organization of mixed membership, that is, its members are individuals and legal entities, as well as States represented by their ministries or departments.
The aim of the Association is to provide assistance to the civilian population in the countries where it operates in the field of migration, personal rights and freedoms, scientific and cultural interests, as well as to participate in providing assistance to victims of man-made and natural disasters.
In addition, the Association is designed to provide assistance to victims of regional and ethnic conflicts, national minorities, and small indigenous peoples. In this area, the main efforts of the Association are aimed at ensuring environmental safety of the population.
The Association provides highly professional advice to the Executive authorities of the respective countries in the field of protecting public order, providing social and legal assistance to the population in order to increase respect for the rule of law.

To achieve its mission and main goals, the Association:
- contributes to the provision of international mutual assistance to the authorities and the population of problem regions through "people's diplomacy»;
- participates in the creation of social partnership between civil society and state structures;
- participates in education and raising public awareness of people;
- studies, analyzes and develops computer and analytical programs in the field of public security;
- informs representatives of the member countries and other countries about the Association's goals in order to provide them with the above-mentioned assistance, with special emphasis on providing information about their rights and freedoms;
- participates in the organization of events dedicated to the analysis and explanation of existing problems in the field of public security and human rights;
- establishes relations and creates conditions for the exchange of experience and cooperation with local groups of citizens, including international and national non-governmental organizations in the field of protection of citizens' rights and freedoms.

Sources of funding for the Association's activities are:
- membership fees;
- sponsorship donations;
- grants from governments or international organizations at universal, regional or local levels;
- other types of financing that are not prohibited by the legislation of the countries associated with the Association.

The Department of the international police Corporation has an Academy with the Right to conduct educational and scientific activities. Within the framework of these rights, the Academy operates various short-term training courses for law enforcement and law enforcement officials, as well as an Academic Council for the defense of candidate and doctoral dissertations on the subject of the Association's activities.

By agreement with the leadership of the host country and the member countries of the MAOB, its employees have a uniform and special class ranks assigned according to their positions and merits. The latter are evaluated by incentives initiated by the Agency's award Department and approved by the General Assembly.
MAOB awards (orders, medals, diplomas, and valuable gifts) are also awarded to persons who actively assist the Agency in its activities: sponsors, advisors, grant-givers and volunteers.

In accordance with the provisions of the Vienna Convention on diplomatic relations of 1961, the chief officials of the Agency have the appropriate diplomatic privileges and immunities, confirmed by a diplomatic card of the established pattern. 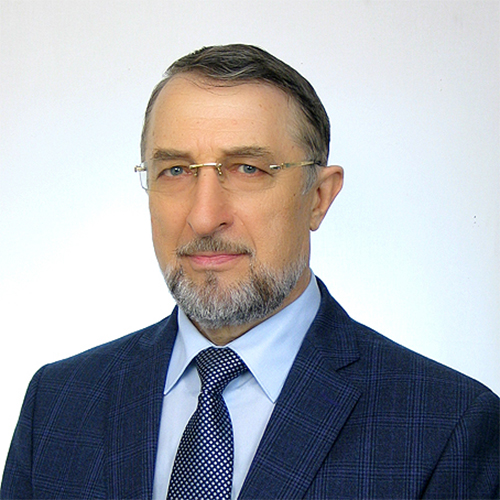 Graduate of the Saratov Institute of Law and Moscow State Institute of International Relations.
Doctor of philosophy and law.
Honorary doctor of universities in several middle Eastern and European countries.
Began his career in 1973 as an investigator of the RSFSR Prosecutor's office.
In 1984 completed full-time post-graduate studies at the Institute of State and Law of the USSR Academy of Sciences.
In 2003 graduated from the correspondence postgraduate course of the Peoples' friendship University of Russia.
In 2002 graduated from the correspondence postgraduate course of the Council for the study of productive forces at Russian Academy Of Sciences.
Author of a number of monographs and more than 250 publications on philosophy, world economy and international law.

Director of the International Cooperation Department - ERO AIAPS (Geneva, Switzerland). Professional military officer, diplomat, international expert of the UN, OSCE and EU.
Graduated with honors from the Higher Military Command and Engineering School of the Strategic Missile Forces (USSR), the National Defense Academy of Ukraine (Master of Military Administration in International Relations). Member of international peacekeeping operations.
Graduated with honors from the Higher School of Business Management and State Policy in the United States (NPS, GSBBP, Monterey, CA), with an MBA in Defense Systems Management with a specialization in "Organization of Political and Budgetary Control over Special Services".
Author of a number of monographs, scientific publications and methods.
Inventor, co-author and copyright holder of a number of international patents in the field of nuclear technologies, agriculture and production of bioactive high-viscosity media.

Doctor of philosophy, Professor, Academician of the International Academy of Informatization (IAI UN) and full member of several other academies, President of the Noosphere world Corporation.
Author of several dozen books and more than 200 publications in the media.
For creating the "method of forming an alternative vision in humans" (the Bronnikov method), he was awarded the certificate Of honor of the world Committee of the Third Millennium and the medal of the world Congress "Millennium results", 2000.
Has state and public awards of the Russian Federation and a number of foreign countries.
The noosphere World Corporation's club System operates in more than 20 countries.
More than 37,000 sites promote the Bronnikov-Fekleron system, and 167,000 sites mention the V. Bronnikov system.

Physical engineer. Author of the "Shumsky Silicon" project, the main purpose of which is to improve ecology of agricultural products, construction and the ecology of the environment.
Awarded the highest international Order of the United Nations "For Outstanding Services in Information Science "(2002).
Doctor of Economics, Professor.

Social activist, lawyer, specialist in the field of European law. Specialist in conducting various TV reality shows and programs.
Works on charity programs in different countries of the region.
Expert of the Sofia city court, author of 26 expert assessments.
Since 2006 has represented mayors of Russian cities in the Balkans. Organizer and Director of annual international exhibitions in European countries, member of the international Council of the International Assembly of capitals and major cities.
Member and founder of the "man of the XXI century" international award.
Since 2008, member of the jury of international beauty contests.
Has been awarded state and public awards in Russia, Bulgaria and several other countries.

Marquis. Major General of Justice. Knight and Ancestral Commander of the Order of Malta.
As a senior officer of the Security Forces, represented Spain in the international forces (under the auspices of the UN) in a number of peacekeeping operations, including in the Balkans in the early 90s of the last century.

Devoted a quarter of a century to serving in the Armed Forces, in Military Justice. Reserve Colonel. Knight of several of the highest orders of the country.
Member of the leadership of a number of International Anti-terrorist Organizations of the post-Soviet states.
Doctor of Law.

A major specialist in the field of finance and loans. Has the appropriate theoretical and practical training in this area.
Held responsible positions in large banks. Formerly a financial intelligence officer.
Major General. Citizen of Uzbekistan. Lives in USA.